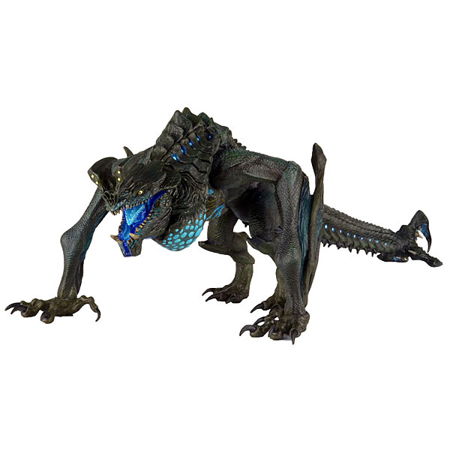 If you can still remember last summer’s blockbuster hit, Pacific Rim, you can be sure that there would have been a fair number of people who would have clamored after an action figure of sorts once they have finished watching the movie. After all, who can resist the sight of an actual action figure of a huge monster, carefully detailed and placed on the shelves around the home? It is definitely a sight for sore eyes, and even better yet if the action figure itself was properly done. Well, here is the $69.99 Kaiju Otachi 7″ Ultra Deluxe Action Figure that will definitely leave guests amazed and secretly wishing for an opportunity to swipe it from your showcase cabinet when you are not looking.

This giant action figure will no doubt be based on the Otachi Kaiju, who frankly, simply wanted to settle down in downtown Hong Kong just to give birth, but the pesky humans decided that she was a threat to their survival, and then made the decision to get rid of her. This is no ordinary action figure, as it boasts of more than 30 points of articulation, where among them include a fully articulated tail. In addition, to up the realism ante the next time you have an imaginary play session with this cute Kaiju Otachi, there is a removable tongue for the “acid spitting” effect, now how about that? I’d pit this against the 18″ Cherno Alpha Deluxe Figure.