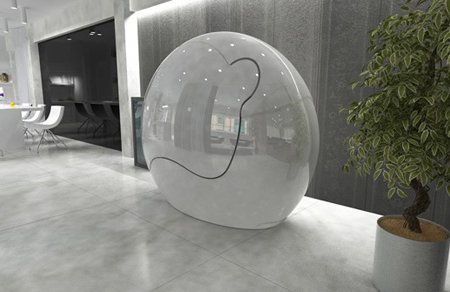 If I were to travel in space, I sure as heck hope that I get one of these Ovei pods instead of being frozen in a cyrogenic chamber as Lt. Ripley was in the film Aliens. After all, feeling like a piece of meat in a fridge is no fun, and the Ovei pod from Oculas Group offers way more entertainment options. It won’t be for the ordinary Joe on the streets though, as the base of the Ovei starts from £50,000 upwards. Inside, you will find a 5.1 surround sound system, a 26″ LCD display, climate control and all that jazz to keep you comfortable throughout your journey, although with that amount of money, you can always spruce up your room with much more than what you’re getting from the Ovei. Of course, it won’t be that cool, but spending such an obscene amount of money in these economically tough times isn’t exactly the best idea in the world.