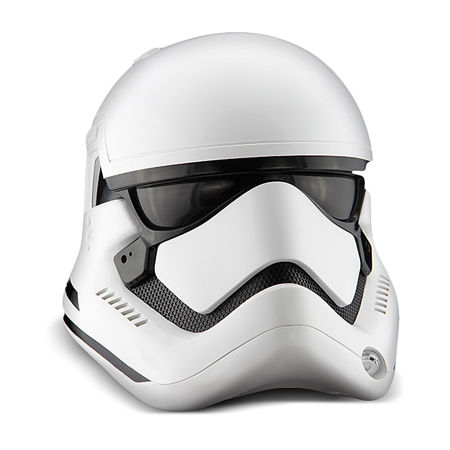 Being a fan of a particular movie, franchise or even actors and actresses can be a particularly tiring thing to indulge in, especially when you take into consideration the sheer amount of dough that you need to “invest” to show to the rest of the world that you are a truly serious fan, picking up all of the special edition DVDs, Blu-ray discs and the like. Long running franchises that have even picked up in popularity are a bigger drain on one’s finances, too, which is why Star Wars fans are not exactly a rich lot. To help you part with $249.99, here is the First Order Stormtrooper Helmet Prop Replica.

This is one particular prop that pretty much says it all right from the get go, being a ready-to-wear, fully-assembled helmet that has been built according to a 1:1 scale. It is an absolutely gorgeous display piece for Star Wars fans, not to mention it has its place in being a fantastic costume piece to boot. Been recreated from a digital scan of an actual helmet, you will assume one of those nameless Stormtroopers who mill around, being a cog in the vast Galactic Empire. Since it is an officially licensed Star Wars: The Force Awakens merchandise, you can be sure that bragging rights come along with this First Order Stormtrooper Helmet Prop Replica, convex tinted lens and all.