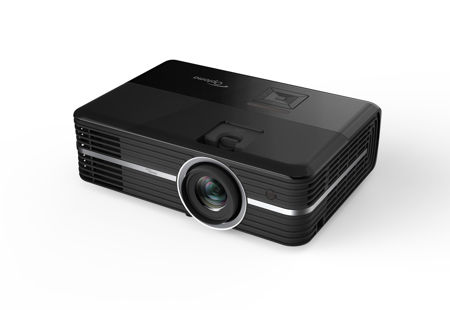 Having a large screen TV in your living room or other parts of the home is always a nice experience, but what about those who would like to take things to the next level? A small projector is always a good idea, where it is best accompanied by a decent audio system and speakers. For those who would like to take the first step, you can always pick up the Optoma UHD51A 4K smart home projector which will now work alongside Google Assistant. This unique smart home projector works through an Action for Google Home devices as well as Android smartphones, boasting Amazon Alexa compatibility to boot. In other words, this is the sole projector that is compatible with both of the leading voice platforms.

The spread of voice assistants continue to move forward, where their presence and function in smart homes become more and more commonplace. Optoma would like home theater enthusiasts to enjoy the integration of large-screen video into their Alexa smart homes, where it merges with the likes of speakers, screens, and lighting, among others. With the Optoma SmartProjection Action for Google Home and Assistant already launched alongside standard and custom actions, users can perform tasks such as turning the projector on and off, making adjustments to the volume and brightness levels accordingly, while changing inputs and display modes, apart from different image adjustment features. All that without the need for any additional devices, so android TV boxes might be a thing of the past very soon.

SmartProjection for Smart Home is an Alexa Smart Home skill, where Optoma UHD51A owners can now gain control of this USB 4K UHD media player in a beat. In the pipeline would be Advanced SmartProjection, which is an Alexa Custom Skill that empowers users to perform voice-control advanced features such as changing display and HDR picture modes, apart from PureMotion settings.

Other features of the Optoma UHD51A include 2,400 lumens of brightness, 500,000:1 contrast ratio, and HDR10 with Rec.2020/DCI-P3 Wide Color Gamut support and Blu-ray 3D compatibility. Expect to be able to pick up the Optoma UHD51A for $1,699 a pop if you would like to up the ante for your home theater experience.