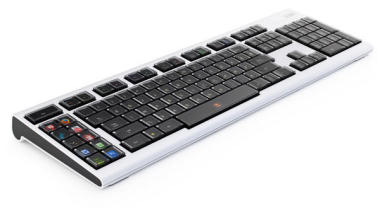 The Optimus Maximus makes every other keyboard on the market seem plain and boring. Each key is actually a tiny OLED screen whose image can change at any time to suit your needs. Unfortunately the keyboard has been delayed enough times to make Duke Nukem laugh.

Art Lebedev, creator of the Optimus Maximus announced today that they are shipping out their first batches of the long-awaited keyboard. The downside to this announcement is that they only seem to have enough to fill the orders that were placed last year.