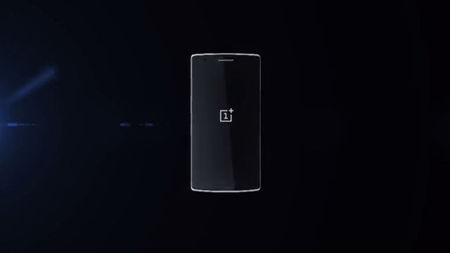 When it comes to smartphones, there are many different manufacturers out there, where each of them will have their very own flagship model, so to speak, in order to compete at the high end side of things. A few years back, everyone looked to the iPhone as the gold standard, and new devices that rolled out were deemed to be “iPhone killers”. It seems that the ante has just been increased, as the OnePlus One is now touted to be the “2014 Flagship Killer.” Now this is definitely quite a step up, don’t you think so? After all, there are many great flagship devices out there like the waterproof Galaxy S5 as well as the HTC One M8, not to mention the upcoming iPhone 6 in the future.

Still, what does the OnePlus One pack that makes it think it can stand heads and shoulders above the rest of the other handsets? First of all, it looks really good, boasting of industry leading design, superior build quality and top of the line specs at a price point that is going to be difficult to beat. Sporting subtle curves, sleek lines and a slightly raised, jet-black display, the OnePlus One measures all of 8.9mm thin, and has a tapered edge of just 4.6mm that makes it extremely easy to tote around.

Not only that, it will run on CyanogenMod 11S, which so happens to be a special release that has been tuned to take advantage of everything that makes up the One. CyanogenMod 11S points to the first phase of a unique visual experience that will blend the best of the Android operating system alongside the freedom that CyanogenMod tends to offer, and unlike majority of the other OEM skins, there will be virtually no limits when it comes to customizing your One, allowing you to mix and match thousands of themes, with the option to return to stock with the new theme engine and store.

Ah, the hardware. Glorious hardware. The OnePlus One will run on a quad-core 2.5GHz Qualcomm Snapdragon 801 processor, with custom Krait CPU architecture, integrated 4G LTE connectivity, Qualcomm Adreno 330 GPU and 3GB RAM, to deliver a fluid and lightning quick user experience. Apart from that, your eyes will definitely appreciate the 5.5” Full HD display, as it shows off images captured using the Sony Exmor IMX214 13 megapixel camera with f/2.0 aperture and dual LED flash brilliantly, regardless of whether it is day or night. Not only that, selfies look great thanks to the 5 megapixel distortion free front-facing camera that boasts of an extra wide 80 degree capture angle. Above all, a 3,100mAh battery would tie everything together.

Those who are interested can pick up the OnePlus One in Austria, Belgium, Denmark, Finland, France, Germany, Hong Kong, Italy, Netherlands, Portugal, Spain, Sweden, Taiwan, United Kingdom, and the United States in 16GB Silk White for $299/€269 and in 64GB Sandstone Black for $349/€299.