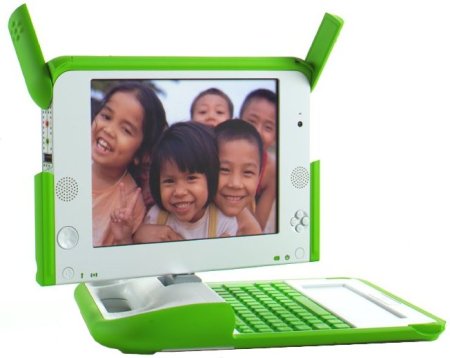 Remember the One Laptop Per Child Foundation that aims to bring an affordable laptop to children across the world, helping to bridge the digital divide between developed nations and the rest of the world? Well it looks as though the plan has run into some speed bumps, where the original intended price was set at $100, while back in May this year the group announced that a single Benjamin for a laptop is not feasible and the price needs to be revised to $176. Even so, that is set to change as an announcement from the foundation spokesman George Snell mentioned that the laptop (dubbed the XO) will retail for $188 when it is finally released. Simple mathematics show that $188 is almost double the original price, but is significantly cheaper compared to other solutions that are currently available in the market.

Production of the XO laptop will begin this October, so one can expect to see this released worldwide before the year is over. The foundation’s founder, Nicholas Negroponte, who is a Massachusetts Institute of Technology researcher, put in his two cents on the XO’s current progress. “We are testing it. We are making sure all the software works. We are making all the corrections on it that need to be made before the product comes out.” A virtually flawless product at launch isn’t exactly easy to do when it comes to something as cranky as computers, but the foundation had better do so since these laptops will be sold directly to governments, who indirectly will provide the laptops to grammar school children at virtually zero cost. The customer list has been a closely guarded secret even until now, but you can be sure that dozens of countries have been favorable about the XO laptop.

To recap, the XO laptop is powered by an AMD processor and runs on Linux software, which helps drive down the overall cost. Should this business model take off, we can probably see pressure being applied to the rest of the computer industry to drive down their prices or come up with similar machines.