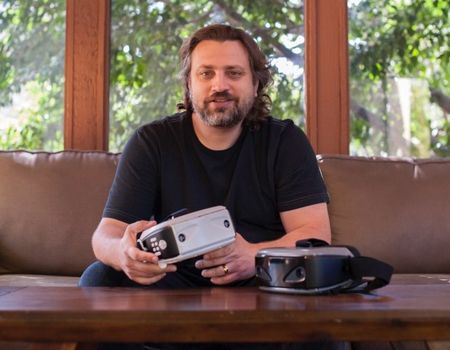 The world of Virtual Reality (VR) is certainly catching on among the masses, and it is not difficult to see why. After all, modern day technology and advancements made in the department has allowed even smaller devices like smartphones to pack the kind of processing muscle that is able to help power a VR headset or its software. As for the Okularion, this is something else. The Okularion prides itself in being the first wireless mixed reality headset in the world

The whole idea of the Okularion is to ensure that the worlds of virtual reality and augmented reality will be accessible for just about everyone. In other words, VR headsets like the Oculus Rift might be out of reach for many, but the Okularion would like to buck the trend by being the best and most affordable mixed reality headset that one can find in the market at the moment.

This standalone wireless mixed reality (virtual reality and augmented reality) headset will come with an early bird pricing of $200 on Kickstarter, although it will eventually retail for less than $300 a pop. At that price point, you will be able to enjoy two controllers as well. The Okularion has been specially designed in order for it to enable the user to have freedom to experience AR and VR without any limits. Those who are interested can pick up the headset in standard and pro versions.

Just because it is affordable does not mean it lacks the latest, cutting edge technology and components. Do expect to see the likes of stereoscopic display with multiple adjustments, gesture recognition, and an AR camera which will be used to capture and track the real world thrown into the mix. Users are also able to create their own content for the Okularion, since it will roll out with the right tools in place from the get go.