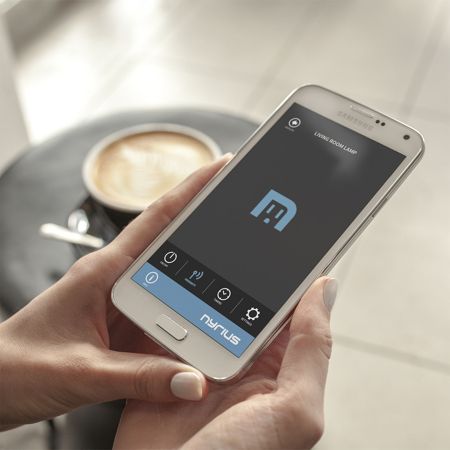 It is always and most definitely a joy to see dreams being turned into reality, especially where crowdfunding efforts are concerned. Take for instance, the Smart Outlet by Nyrius – we talked about it at the end of the first quarter of the year, and this time around, we have the real deal ready and waiting to be picked up by those who had the faith and foresight to see what the Smart Outlet could contribute to each home.

Basically, the Nyrius Smart Outlet is now available for purchase to all consumers and has already started to ship to backers from its successful Kickstarter campaign. Just what does the Nyrius Smart Outlet do, you ask? For starters, it will be able to convert existing electronics into manageable smart home devices, and it does so in one fell swoop. Turning just about any outlet in your home into a Bluetooth-enabled one, this would then allow users to control any plugged-in device through its iOS or Android companion app.

For instance, users are able to control up to a trio of Smart Outlets through its iOS devices and up to seven through Android devices. It does not matter whether it is a coffee maker, a lamp, space heaters, irons or stereo systems – those are but just a handful of examples of the possible hundreds of appliances in which users are able to hook up to the Smart Outlet in order to gain a seemingly magical wireless control.

Being different from the other smart home products that are in the market, the Smart Outlet will not need to have any hubs or require the user to go through an extraneous setup process. Using it is as simple as connecting the Smart Outlet into any outlet, plug electronics or small appliances to the Smart Outlet, and voila! You have wireless control of them through the app. Some of the features include the ability to schedule when you would like the appliance to get to “work’, to turn the connected devices on and off, and proximity control. The asking price? $39.99 a pop.