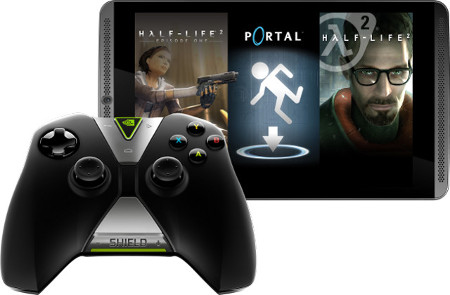 The NVIDIA GRID on-demand gaming service has just been introduced, where it intends to push forward the idea that gaming gratification should be fulfilled in an instant. Out in North America on November 18th, as well as making its way across the pond to Europe in December, while the rest of Asia will have to wait until next year, GRID happens to be free on the SHIELD tablet as well SHIELD portable all the way through June 30, 2015.

GRID would be able to make gaming gratification immediate, but it did take NVIDIA a decade to come up with the technology required in order to get the streaming service up and running, where it streams GeForce GTX-quality graphics to SHIELD devices. Some of the technologies found in GRID happen to be super-low-latency from controller streaming to graphics and all the way to game streaming. Apart from that, there is also virtualization to take into consideration in order for gamers to share the Geforce cloud gaming supercomputer.

After that, there is the hard work of having to place up to thousands of GRID GPUs into data centers that are located all over the world. This is a gargantuan effort by any means, where we would end up with having up to 20 petaflops of graphics processing compute power placed right into the cloud, making it more or less on par with that of the fastest supercomputer in the U.S.

As for the gaming titles made available, you will be spoilt for choice – there are triple A titles including Batman: Arkham City and Borderlands 2, in addition to classics that will roll back the years, such as Brutal Legend and Psychonauts. There will be 20 great games on GRID at launch that are worth more than $400, with the plan to introduce additional games with each passing week. Can your patience hold out until November 18th?