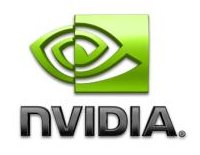 It is finally here after we mentioned it on Tuesday – NVIDIA has unveiled the first of its next generation GeForce 9 series of graphics processing units, where the company touts this latest offering to deliver the largest single-generation performance jump in the entire history of NVIDIA. The GPU in question is the GeForce 9600 GT that pumps out 116% more performance than its predecessor, without having a price tag that breaks the $199 mark. Will this make you rush out and purchase the 9600 GT, or are you rather upset that you just picked up an 8600 GT from the store? Excerpts from the press release are available right after the jump.

According to Ujesh Desai, general manager of GeForce desktop GPUs at NVIDIA, “After going to all the GeForce LANs and seeing the rigs that gamers play on, we wanted to kick off the GeForce 9 with the perfect GPU for gamers. The first product to be introduced in the GeForce 9 family gives gamers the horsepower to play cutting-edge DirectX 10 games at a price they will love and can afford.”

A point has been reached in PC gaming where the graphics horsepower requirements to play popular games such as Call of Duty 4 and Unreal Tournament 3 at high-definition resolutions such as 1900×1200 and above, with high-image-quality features enabled, may have outpaced a lot of the installed hardware. Until now, graphics processors capable of delivering playable frame rates at those stressful settings have cost in excess of $400. With the GeForce 9600 GT GPU, immersive gaming with incredible graphics is now within the reach and budget of PC gamers for less than $199.

The new GeForce 9600 GT GPU shows an improved performance-per-watt ratio compared to its predecessor as well as improved compression efficiency. In addition to 64 stream processors-each individually clocked at a blazing-fast 1625 MHz-and a 256-bit memory interface running at 900 MHz, the GeForce 9600 GT GPU is designed for the new PCIe 2.0 bus standard and features backwards compatibility with the original PCIe standard.