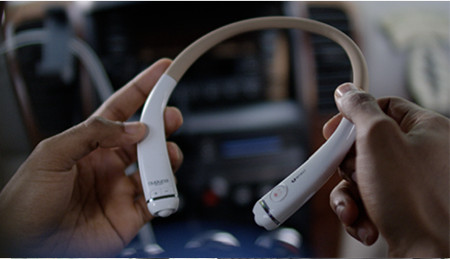 Now here is a wearable device that will certainly change the way you view things — the Nuguna Neckband. This is no ordinary piece of neckband, but rather, it is an environmental awareness device that could very well be the first of its kind. The Nuguna Neckband has already surpassed its Kickstarter funding goal, and is more than ready to meet whatever orders that come its way. Specially designed for those who have hearing loss, the Nuguna Neckband is a device that is worn around the neck. Whenever there is a high-pitched sound that happens around the wearer, the device will alert them to the sound’s direction.

The whole idea of the Nuguna Neckband is to make the world a better place. Ergonomically designed and lightweight in nature, the Nuguna Neckband will sit comfortably around the neck even when worn for long periods of time. This is a far more attractive proposition to those who do not use a hearing aid, and yet want to continue to remain alert through the device’s sound detection and vibration signals.