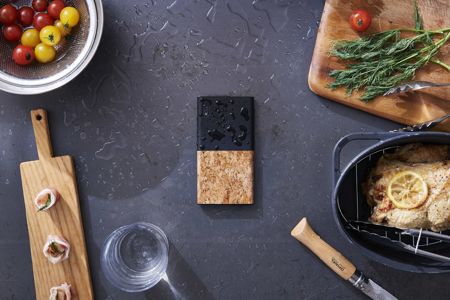 While many of the newer smartphones which are released these days happen to arrive with Android 7.0 Nougat right out of the box, or even the newer iterations in the form of Android 7.1 Nougat, most of these happen to hail from reputable manufacturers, what about an Indiegogo project that might just blow your mind away? Enter the NuAns NEO, which is now available on Indiegogo, which is set to sport Android 7.1 Nougat as the operating system of choice the moment you unbox it.

The NuAns NEO happens to hail from Trinity Inc., where it has re-emerged full of upgrades and improvements. Something tells me that there is a very “Matrix-like” theme to this, and prior to running on Android, it used to rely on the Windows 10 operating system from Microsoft. With this, Android users are now able to experience the NuAns NEO, without having to forgo the wide range of applications that the Android Marketplace has for users.

Expect the all new NuAns NEO to be powered by a 3,540mAh capacity battery that is supposedly able to deliver a whopping 23 hours of talk and 335 hours of standby time. Of course, all of these figures are theoretical and under controlled conditions, do expect real life usage to see a lower mileage, but it should still be adequate enough to last you throughout the day with some more juice left to spare. Underneath the hood lies Qualcomm’s Quick Charge 3.0 ability, a microSD memory card slot that offers up to 1TB of storage space, Sharp’s 5.2-inch Full HD display at 428 ppi pixel density, and a choice between TONE and FLIP cases. A whole lot of it is shaped to pit itself against other bigger and more notable brand names, and if you would like to try out something that is unique, the NuAns NEO might be just the one for you.