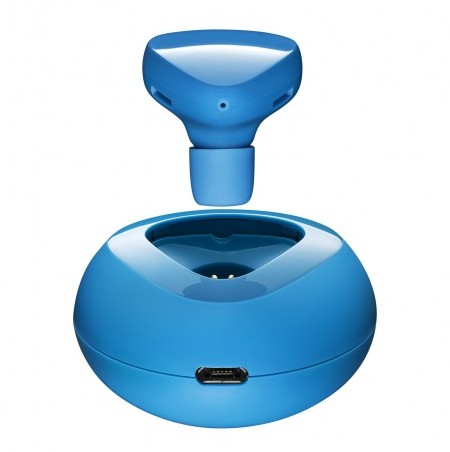 Let’s face the facts and man up – how many of us comply to state laws that require us to use hands-free kits whenever we attend to an incoming call? I would suppose many of us take chances that the men in blue aren’t watching, but then again to be fair, the law was enforced because research has clearly shown that we cannot fully concentrate on what is ahead of us on the roads if we were to be occupied by the conversation that is being held at the moment, especially when it is with an engrossing friend.
Well, you might loathe Bluetooth headsets simply because of the way it looks while you wear one, but sometimes aesthetics will need to be sacrificed for the greater good – that is, safety of everyone else on the road. Of course, with today’s modern smartphones, having yet another power zapping feature turned on might be a step backwards, but on the other hand you have the advantage of using both hands to do some other stuff without having to crank your neck sideways to one side in order to cradle the phone. Nokia might have something worth your attention and money with their Nokia Luna Bluetooth headset.

Nokia might have missed the memo and realized that it is already autumn for those of us living in the northern hemisphere, offering the Luna Bluetooth headset in brighter colors apart from the standard issue black colored models that you’re used to seeing people wear all this while. What makes the Luna all the more special would be the inclusion of NFC capability, so handsets with built-in NFC such as the Nokia C7, Oro, 600, 603, 700, 701 and N9 will all be able to play nice with it, freeing up Bluetooth for some other device to work with your phone.
Coming in a 2-piece design, the Nokia Luna comprises of a base and the bit that goes into your ear. Whenever the earpiece is removed from the base, it will automatically kick start the Bluetooth connection to your handset and answer incoming calls. Tipping the scales at just 5 grams for the headset, it boasts up to eight hours talktime or sixty days standby – assuming, of course, you place it back in the holder.
You will be able to pick up the Nokia Luna Bluetooth headset in black, white, fuchsia, green, yellow and blue shades for around 69 a pop prior to taxes sometime before the year is over.
Press Release