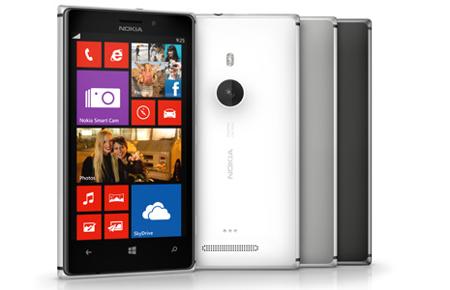 Nokia, the Finnish smartphone company has yet another device up for the masses to consider if you are in the midst of mulling over whether you want to change your mobile phone to a different model, or perhaps even an alternative operating system after being back and forth between the iOs and Android platforms. What you see above is the spanking new Nokia Lumia 925, which so happens to be a new interpretation of its award-winning flagship, that is, the Nokia Lumia 920. The Nokia Lumia 925 will arrive in a stunning metal design and will boast of the latest PureView camera innovation for you to capture some really stunning photos, in addition to carrying a slew of new features and third party applications for added functionality.

Nokia claims that their new flagship, the Lumia 925, will be accompanied by the most advanced lens technology and next generation imaging software which enables it to capture clearer, sharper pictures and video, and among these will include the best low light images. The Nokia Lumia 925 is also said to feature the new Nokia Smart Camera mode, which will eventually arrive across the board to the slew of Lumia Windows Phone 8 smartphones. Just what does Nokia Smart Camera bring to the table? For starters, it offers an easy way to capture ten images at once, not to mention allowing you to edit the pictures using options such as Best Shot, Action Shot, and Motion Focus to create the perfect high quality image.

Nokia has also announced Hipstamatic’s new app, Oggl, that will hit Nokia Lumia smartphones, letting folks capture and share high quality images with other like-minded folks and photography enthusiasts worldwide, letting you do so as well on your slew of social networks ranging from Facebook to Twitter, Foursquare, Tumblr, Flickr and Instagram. This marks the first time that metal is introduced to the Lumia range, and you can choose from white, grey or black for the polycarbonate back. There is the option to clip on a wireless charging cover to the back of the smartphone so that it can take advantage of Nokia’s extensive wireless charging accessories and ecosystem. These covers will be sold separately in white, black, yellow, and red colors. Expect the Nokia Lumia 925 to retail for around 469 Euros before taxes and subsidies.