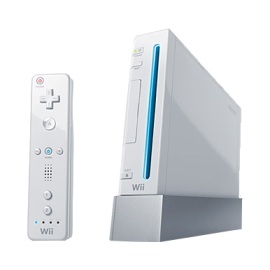 We have reported how WiiSports and other Wii activities are simply not as good real exercise.

However, a recent research project by the American Stroke Association International Stroke Conference 2010 would suggest that playing these virtual reality games could help stroke victims improve their motor function.

This study was based on 20 stroke survivors, and both groups engaged in eight one hour sessions over a two week period approximately two months after suffering from a stroke. The ones who played Wii Tennis as well as Wii Cooking Mama demonstrated “significant” motor “improvement in speed and extent of recovery”.

According to Gustavo Saposnik, the director of the Stroke Outcomes Research Unit at the Li Ka Shing Institute at St. Michael’s Hospital, this is the first randomized clinical study showing that Wii gaming technology can produce effective stroke rehabilitation.

In all honesty, this reminds me of a recent episode of The Simpsons. On this episode, there was a Plot B involving Lisa giving Grandpa Simpson and his rest home a Zii gaming system. Yeah, it’s clear what Zii is satirizing, and the gameplay of ZiiSports was enough to get all of the senior citizens of the rest home on their feet again. Too bad the nurses didn’t feel the same way.

Still, the prospect of the Wii helping victims of strokes is interesting enough to follow up with more studies.