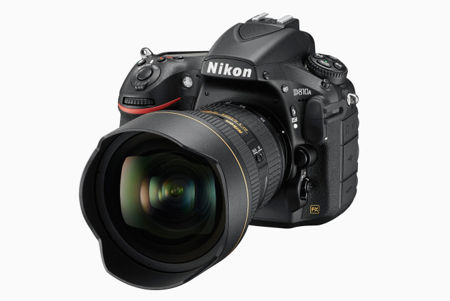 Now here is a digital camera that you would certainly fall in love with, especially if you also have plenty of interest in the field of astronomy. The Nikon D810A happens to be the company’s very first ultra high-definition model that has been specially designed for astrophotography, where it is capable of capturing vivid reds in photos of nebulae that emit H-alpha light! This is certainly a first of sorts in the industry, and this Nikon FX-format digital SLR camera handles full-scale astrophotography with remarkable aplomb.

While pricing details have yet to be determined, here are some of the hardware specifications that you might want to check out before dropping your hard earned coin for it. Offering an effective pixel count of 36.3-million pixels, it will be equipped with a Nikon FX-format CMOS sensor with no optical low-pass filter, and the latest image-processing engine, EXPEED 4. Making use of an optical filter that has been adopted to enable beautiful reproduction of vivid reds in images of nebulae that emit H-alpha light , this puts it above the rest since normal cameras find that very difficult to work in such a manner.

The optical filter on the front surface of the image sensor is touted to be capable of four times greater transmission of H-alpha light than is that used with the vanilla D810. In other words, you end up with clear and vivid reproduction of the strong red H-alpha light that are emitted by the likes of nebulae and galaxies.

Other modifications to the Nikon D810A include the addition of a long-exposure manual (M) mode that supports exposure times up to 900 s, alongside a live view preview function that makes focusing and composing images all the more easy, where you can check out a preview at a shutter speed of 30 s when an exposure time longer than 30 s is specified. Any takers for the Nikon D810A?