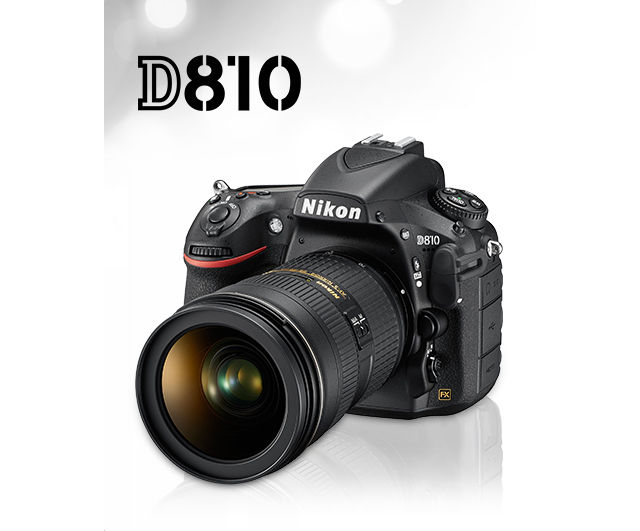 It has been two years since Nikon rolled out the Nikon D800, and when it comes to the world of digital cameras, that can be considered to be more or less an eternity in the books of its followers. Having said that, it is time Nikon took the step to release a follow up to the D800 DSLR which was a top end shooter, and they have announced the modestly named Nikon D810 as its successor.

What makes the Nikon D810 DSLR so special? For starters, it claims to deliver incredibly superior definition and image quality thanks to the new Nikon FX-format CMOS sensor that does not come with any kind of optical low-pass filter, in addition to making use of the newest EXPEED 4 image-processing engine so that you will be able to enjoy an effective pixel count of a whopping 36.3-million pixels. In addition, it is capable of delivering a standard range of sensitivities from ISO 64 to ISO 12800, accompanied by extremely accurate AF, with vibrations generated within the camera reduced to maximize the resolution of its 36.3-million pixels for sharp and clear images.

Not only that, the D810 will also be able to handle the video recording of movies in extremely sharp 60p Full HD (1920 x 1080) resolution, which is rather surprising for a high end model considering how this is now 2014, which is a time where we would like to see 4K video recording capability being implemented in a device of this stature. At least you get high-speed continuous shooting at up to 5 fps with the FX-format image area, and up to 7 fps with the DX-format image area.

Additional features of the Nikon D810 include an electronic front-curtain shutter that prevents blur in images, a highlight-weighted metering, an OLED viewfinder display, a 1229k-dot LCD monitor with bright RGBW array, a “Split-screen display zoom” function, and an Advanced Scene Recognition System, effective sealing for superior resistance to dust and water among others. Expect it to retail for $3,300 a pop later this July when it arrives – sans the lens, of course,