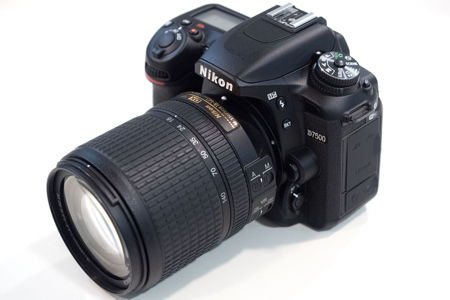 Fancy picking up a new DSLR? Well, not too many people are willing to take the DSLR route these days simply because there is another option that is available which is not only affordable, but it is also capable of offering a pretty reasonable level of performance — all without having to break the bank, while being light in form factor as well. This time around, the all new Nikon D7500 will make use of a powerful imaging sensor that can be found on the DX-format D500 flagship model, in addition to a slew of similar features.

The Nikon D7500 is an advanced-level DX-format DSLR which is capable of offering that provides a robust yet lightweight camera without compromising on its performance. Sporting a 20.9-megapixel image sensor, processor and wide ISO range similar to that found in the Nikon D500, this model boasts of stunning image quality, impressive speed, astounding low-light ability and 4K UHD video capture.

It does not matter whether you are going to capture the landscape at dawn, or sitting through an exciting sports event indoors with the floodlights turned on — the Nikon D7500 will be able to offer the latitude of low-light capability which helps you nail the shot consistently all the time, even under the most challenging of circumstances. Not only that, it has a native ISO range which spans from 100-51,200, alongside an expanded ISO range up to an astonishing 1.64 million equivalent.

Want to shoot athletes in action, or animals that are so fast, your regular smartphone camera fails miserably in its job? This is where the Nikon D7500 comes in handy. It has a proven 51-point AF system that covers a large portion of the frame. Boasting up to 950 shots on a single, full charge, you would not be able to go wrong if a brand new DSLR is part of your gadget wish list.