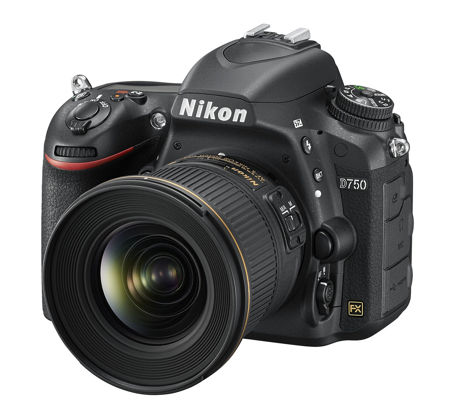 There has been quite a number of rumors that were circulating around concerning the Nikon D750 DSLR, and we are pleased as punch to take note that the full frame shooter has finally made its way to the mainstream consciousness officially. In fact, if you had set your eyes on the Nikon D810 earlier on but could not afford the monstrous price tag, then you might want to check out the Nikon D750 – it is sort of a D810 Lite, but still packs quite a punch in the process.

The Nikon D750 has an absolutely solid foundation thanks to the presence of a 24-megapixel FX format CMOS sensor, which will be accompanied by an Expeed 4 image processor – which is the very same one which sees action in bodies like that of the Nikon D810. Not only that, it will also be accompanied by a more light-sensitive 51-point autofocus system, while it sports an ISO range which will start from 100 and goes all the way to 12,800. Apart from that Nikon has done its bit to ensure that the D750’s battery life is improved, all the while ensuring that you do not need to end up with a sore shoulder at the end of the day since some carbon fiber trim has been put in place in order to keep its weight down.

Apart from that, the Nikon D750 happens to be the company’s first FX format camera that carries a tilting LCD screen which measures at 3.2” diagonally across, and is also the first in its class to feature built-in WiFi connectivity. And to think that all of that has been crammed into the body without having you end up with something bulky, where it is made possible thanks to the clever internal component placement. The asking price is set at $2,299 for the body only, although there is an upcoming bundle that will feature a 24-120mm f/4 VR lens that will arrive in the middle of next month for a yet undisclosed price.