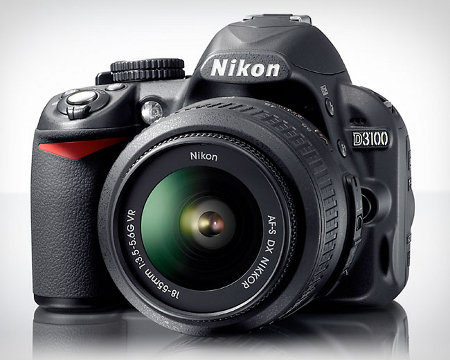 Nikon knows that the DSLR market has been growing from strength to strength as the prices of such devices drop due to advancements in technology, while the rest of the world is better able to afford said shooters which were once the domain of professionals and rich. Enter the Nikon D3100, the latest entry level Nikon DX-format digital SLR camera that comes equipped with a new CMOS image sensor developed by Nikon as well as a new image-processing engine which is more than able to capture high-definition images that exhibit superior image quality, alongside a Guide mode that enables users to capture images just the way they intend to. Not only that, the D3100 will be released wih the AF-S DX NIKKOR 18-55mm f/3.5-5.6G VR lens kit. More details on the D3100 will be shared in the extended post.

One of the more common complaints about people who moved from a compact digital camera to a DSLR would be controls which are a whole lot more difficult to master. Nikon hopes to turn the tables around with the D3100, of course, by equipping it with a Guide mode that displays instructions for the most basic camera operations for shooting, image playback and editing and the application of camera settings, all smack within the camera monitor itself. This is not the first camera to feature such guidance as its predecessor, the Nikon D3000 that rolled out in August last year, have proved to be extremely popular among its users, hence making another appearance this time round.

Apart from that, a new DX-format CMOS image sensor was developed by Nikon to complement its new image-processing engine known as EXPEED 2. Both will work in tandem to enable the capture of images which exhibit excellent image quality and definition. The D3100 will also come with a live view function that allows one to frame images in the monitor, whereas the D-Movie function will deliver support for high-definition movie recording. Despite offering an authentic DSLR camera performance, it will also help you move around in a more mobile manner thanks to its extremely lightweight (relatively speaking, of course) body. This 14.2 megapixel shooter will feature an SD/SDHC/SDXC memory card slot and retail for $699 as it hits the market this September.