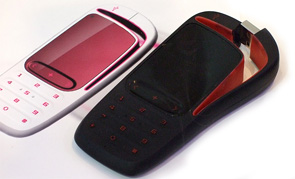 The Chinese mobile telephone company Huawei presented in CeBIT 2007 these cool concepts for new cell phones that may or may not be produced in the near future. The most interesting one is a mobile phone with an integrated USB connector that can be used without the need of an adapter or even a cable. The USB adapter is made with a flexible rubber that can be bent in any angle you need to connect it directly to your computer for transmitting data and charging your phone. 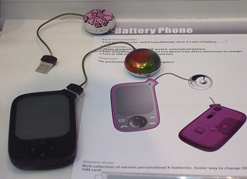 The second concept by Huawei is a phone with an external battery, designed to deal with the problem of cell phones always running out of juice when you need them the most. The external battery connects via USB, and can be replaced as needed while you charge the first one. The battery can have different colours and textures to match with the clothes you’re wearing, if you’re into that kind of stuff. 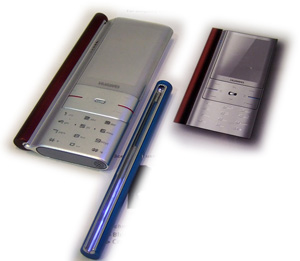 The third idea is a cell phone with a Bluetooth headset that can be separated from the phone and used independently, so that the user can use only the headset, and still look up telephone numbers or notes in the cell phone easily, just like you would with a Smartphone. The headset can also be used to track the phone interactively using the Bluetooth connectivity.

Huawei doesn’t inform us when and if these concepts will ever see the light of day. The first concept design seems to be very useful and practical, and we can only hope so.

Find out more at Golem.de (in German).