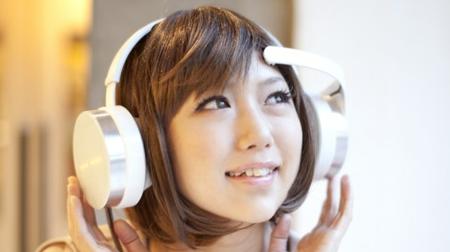 Have you ever seen a wedding video or photo montage? Those tend to be extremely sweet, and one of the main factors that make such videos appealing to the masses would be the background music that accompanies it, and more often than not, it would be the love song that is in vogue at that point in time. Well, Neurowear, a company that in the past has come up with its fair share of consumer electronics devices which are capable of taking into account your brainwaves, and then having said device interact accordingly, is back with their latest creation – a pair of headphones known as Mico which is capable of figuring out your current mood, and choosing the right song from your playlist so that it can alleviate moments of depression and perhaps help you keep a cool head when you have just blown your top.

Basically, the Neurowear Mico headphones will come with a built-in brainwave sensor that is capable of detecting your mood, and then play a song to match it. Chances are pretty high that the Mico headphones is the result of Neurowear dabbling with a project that was called Zen Tunes in the past, where it analyzed a person’s brainwave data while listening to specific songs, so this could very well be an offshoot.

The Mico headphones do look bulkier than normal although it will also be able to fit in nicely as a standard issue over-the-ear headphones. The thing that helps make the Mico headphones stand apart would be the inclusion of an EEG (electroencephalograph) sensor that protrudes from the front. Neurowear claims that this sensor will do the job of analyzing your brain patterns, determining your mood and then pick a song from Neurowear’s database to match that current state of mind, or even it out.

Details on pricing and availability of the Neurowear Mico headphones remain to be determined, but I am not too sure whether this is a sound idea (pardon the pun) for a commercial release.