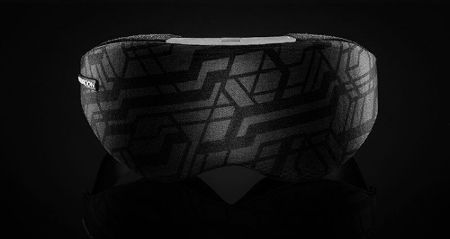 Some of us absolutely love the coldness of winter, as well as the other nuances that arrive with the season. However, the lack of having enough light throughout the day is also going to play havoc on some of our bodies, where selected few people suffer more than the rest. In a Stanford University study, it was demonstrated just how effective Light Therapy is when it comes to helping long-haul travellers making adjustments to their circadian rhythms, never mind during the winter as well. Here is one device that travellers will be able to fall back upon when it comes to combating sleep disruption, fatigue and poor concentration, which are signs that more often than not accompany jet lag.

Whenever a person is exposed to short flashes of light during sleep, it might help minimize the effects mentioned above, as doing so will manipulate the levels of melatonin in the body, which would then see a significant speed-up in the process of the body adjusting to its rescheduled circadian rhythm. Neuroon happens to be a revolutionary wearable device which was launched in December last year, offering jet lag therapy for its user.

Thanks to a combination of advanced brain wave and pulse measurement technology, not to mention a comfortable sleeping mask that is commonly used in air travel, Neuroon relies on Bright Light Therapy in order to improve sleep efficiency, and most importantly to alleviate jet lag. With the assistance of built-in biometric sensors, the Neuroon system will be able to monitor the user’s sleep architecture, delivering advanced sleep analysis, while calculating a sleep efficiency score, with optimization advice on offer as well.

It is so sophisticated, it can track light, deep, REM, and sleep interruptions, conveniently displaying the totals in a daily dashboard. Jet Lag Blocker happens to be one of the main features of the Neuroon that will assist in fighting against the sleep problems that are associated with rapid time zone changes. Once you have set the travel destination in the mobile app, the mask will then automatically fine-tune the appropriate light therapy during sleep, where it offers a number of recommendations to help the user optimize their circadian rhythm while traveling. Frequent flyers would definitely do well to look into the Neuroon.