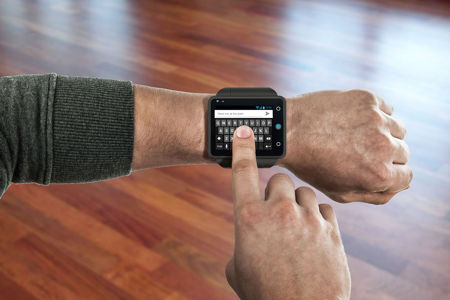 When it comes to the world of wearable technology, it has been broken down into two different categories – the smart glasses as well as the smartwatch. We have seen the likes of the beautiful Moto 360 where the latter is concerned, and it definitely is a wonder to behold regardless of the angle where you look at it from. However, smart glasses tend to fall back more on the Google Glass so far. This time around, however, we will be looking at the Neptune Pine smartwatch, where the first round of such smartwatches have already been shipped to Kickstarter backers.

It certainly is good news, of course, after a massive campaign success, considering how it has managed to pick up more than 2,800 backers along the way, in addition to having $800,000 pledged for the project. This has shaped up to be a high quality product that will merge untethered connectivity alongside superior design, resulting in a new manner where one is able to interacting with technology, not to mention with each other.

Apart from that, the Neptune Pine also boasts of being the world’s first independent smartwatch. How so, you ask? Well, for starters, the Neptune Pine will enable users to make and receive phone calls and text messages, shoot video and snap photos, check up on their email, browse the web, play music or games, and others, all without the need for a smartphone to act as the “middle person”, so to speak.

If you are also in the market for a powerful fitness tracker, do not discount the Neptune Pine since it will come with a built-in GPS, pedometer, and a compass. When harnessed alongside an app, it is capable of tracking steps, pace, time, laps, and the total number of calories burned. Not only that, the Neptune Pine handset can also be hooked up to mounts or other accessories where it will then “transform” to be a wearable, point-of-view (POV) video camera, shooting in 720p HD video with its rear-facing 5-megapixel camera.