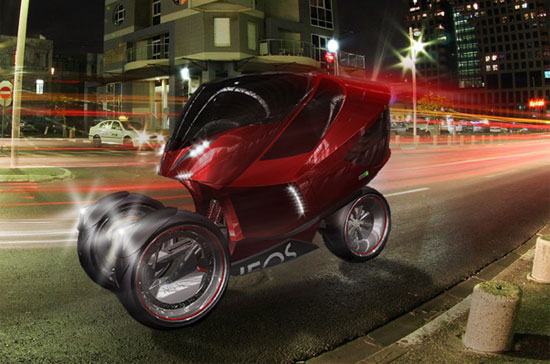 This is the NEOS concept vehicle, which is some sort of motorbike combined with a car. It can take two people at once, and runs on electricity.

As you can see, the front tires are completely without spokes, and there is a lot of advanced tech going on here like a touchscreen display, GPS, sideview cameras, and docks to connect to the cellphone as well.

Now this is just a concept model for now, and I don’t see it being put into production anytime soon. I could see myself driving around on one of these things in the future, but it’s probably going to stay in concept mode for now.