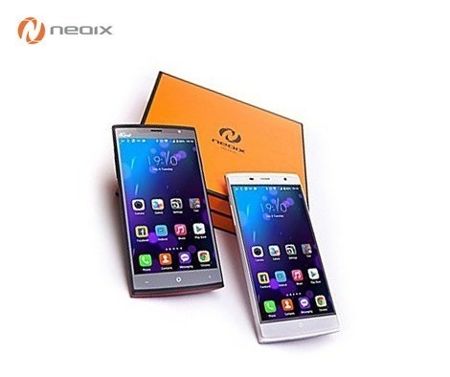 When it comes to smartphones, the world is divided mainly into two different categories – one would be the Android family (such as the Samsung Galaxy S6), while the other would be iOS-powered devices, and these will no doubt be the iPhone range from Apple. Of course, there is a small core of Windows 10 Mobile users, but those are not really movers and shakers at this point in time, and even BlackBerry themselves have jumped aboard the Android bandwagon by rolling out an Android-powered BlackBerry known as the Priv. Well, Neoix might be relatively unknown, but they are still going ahead to reveal their Rakkaus 4G smartphone.

The Rakkaus happens to come across as an unlocked Android 4G LTE smartphone that intends to deliver a high level of performance, accompanied by practical features and worry-free service over in the US, where it sports an asking price of $239.99.

The question is, what makes the Rakkaus is so special? It happens to be the very first device from the new mobile technology firm Neoix, where it is 4G LTE-capable and will play nice with major GSM wireless carriers – among them include T-Mobile, AT&T, MetroPCS, and others. Each purchase of the Rakkaus will be accompanied by a one-year warranty, repair options, and “Worry Free” assurance. Basically, if you actually damage your handset by accident, you can send the phone in for repair. The “Worry Free” assurance ensures that you receive a one-time replacement for a deductible one year following the original purchase.

Apart from that, the new Rakkaus will also boast of a vibrant 5.5” HD display, a Sony 13MP rear-facing camera that enhances low-light settings, while sporting instant auto-focus for ease of use. There is also a front-facing 8MP shooter that delivers clear and convenient video chat sessions. The 4,000 mAh battery is also said to last for days with a single charge, although I don’t think that will be the case with regular use. It will also come with dual SIM active standby. Any takers?