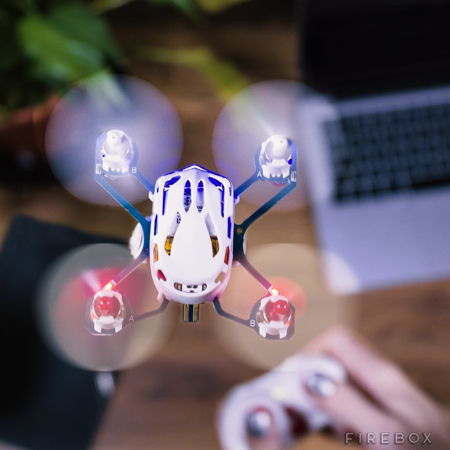 Have you watched Ant-Man already? That was certainly a fun movie outing from Marvel, to say the least. I know that I thoroughly enjoyed myself, and to see the world changing between being big and small was certainly hilarious, of course, especially when Scott was learning how to harness the power of the Ant-Man suit. Having said that, being small ain’t too shabby, really, and the £29.99 Nano Q4 takes after this mantra, as it has been touted to be the smallest quadcopter in the world.

The Nano Q4 happens to be a preposterously nimble little quad, where it is capable of flying indoors as well as outdoors with nifty speed and surprising stability. This happens to be a 4 channel copter that is capable of performing 360-degree acrobatics, and not only that, you can also indulge in your fair share of nighttime flying exploits since it comes adorned with super bright LED lights. This little quadcopter that could delivers 4-channel, 6-axis flight, in addition to a self-righting feature with its built-in gyro. Tipping the scales at just 11.5 grams while measuring a mere 5cm x 5cm, you would not be able to find anything else smaller than this drone.