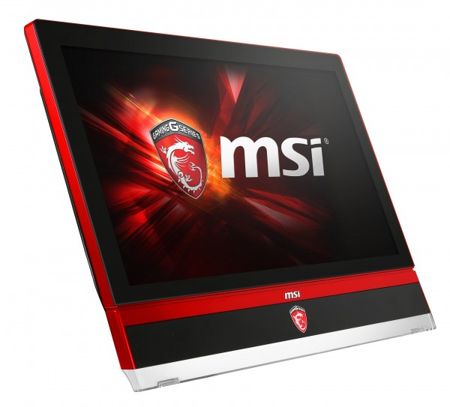 An All-in-One PC is certainly a feat of engineering that is worth checking out, especially if you so happen to live in one of those shoebox apartments. Yes, these spaces are small enough to house a few people with a minimal amount of belongings, which means it makes plenty of sense to actually make plans as to how one will be able to maximize the space within, and an AiO PC plays a pretty handy role here. However, most AiO PCs out there tend to be rather slothful – comparatively speaking, of course, to other dedicated gaming machines, which is why MSI intends to change such a perception with their latest release, the MSI Gaming 27T.

The MSI Gaming 27T is touted to be the most powerful All-in-One gaming PC in the world, and we do not want to challenge that claim needlessly. After all, it does arrive packed with a slew of advanced components and technologies, where among them include Intel’s 6th Generation Core i7 desktop processor and NVIDIA GeForce GTX 980M graphics; allowing the MSI Gaming 27T to stun the multimedia lover and impresses even the most hardcore gamer.

With the MSI Gaming 27T, it will arrive with an anti-glare 27-inch Full HD LED touchscreen, where this LED touchscreen will also boast of MSI’s energy stabilizing technology which will help to prevent flickering and blue light emission, reduce eyestrain and fatigue even in long gaming sessions. Gamers who want an even more visual experience will be able to take advantage of the pair of HDMI-out ports which would then support another two external screens.

Apart from that, the MSI Gaming 27T will also come with other cutting-edge components that would pave the way for an even more enjoyable gaming experience, such as Killer Wireless and Killer DoubleShot Pro for blazing online speeds with decreased latency and lag; Nahimic Audio Enhancer, SABRE Hi-Fi DAC, and Audio Boost for a hair raising sound experience, and MSI’s own Gaming Center application for ultimate gaming customization. The asking price for the MSI Gaming 27T stands at $2,699.99 a pop.