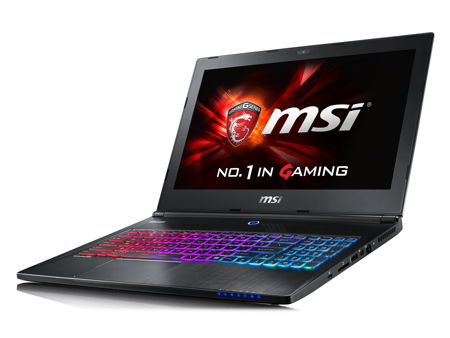 It was in the middle of this year when we brought you word that MSI Computer Corp. has refreshed their range of notebooks with new Intel processors underneath the hood, and we are pleased as punch that this particular move or train of thought did not stop there and then, but in fact, it has continued. This time around, MSI has announced that its latest notebooks will come armed with Intel’s 6th Generation Core i7 processors, otherwise known as Skylake.

For starters, the brand new MSI GT72 Dominator Pro will be able to deliver extreme desktop gaming performance with unlocked and overclocked 6th Gen Intel Core i7 K processors that are paired with the new NVIDIA GeForce GTX 980 desktop graphics. With Intel’s Skylake processors, you will be able to see an increase in system performance without having to consume more energy – on the contrary, there will be decreasing energy consumption, and the other models other than the flagship GT72 Dominator Pro to pick up this Intel processor upgrade would include the ultra-slim and lightweight GS70 Stealth and GS60 Ghost; the perfectly balanced GE62 and GE72 Apache, and the design focused PX60, PE70 and PE60.

MSI’s GE62/GE72 Apache Pro notebooks will be the mainstay of the G-Series range, where it intends to deliver a balance between price and performance. As for the GS60 Ghost Pro and GS70 Stealth Pro models which come in thin and light form factors where gaming notebooks are concerned, having picked up its fair share of accolades along the way, will also debut with the new Skylake processor, ensuring that advanced gaming performance with NVIDIA GeForce GTX 970M graphics will accompany the stunning details that your eyes enjoy via its optional 4K display.

Not only that, MSI remains the first to ship unlocked versions of the 6th Gen Intel Core i7 K processors, and when it works alongside the recently announced NVIDIA GeForce GTX 980 desktop graphics, it will result in what MSI thinks is the ultimate gaming machine that delivers extreme performance for the hardcore gamers and enthusiasts. All of the MSI notebooks that boast of Intel’s 6th Generation Core i7 processors will be accompanied by Silver-Lining Print technology by SteelSeries, which is a unique feature that does away with eye strain during long usage sessions, and at the same time, increase brightness of the illuminated keyboard for an eye-opening experience.