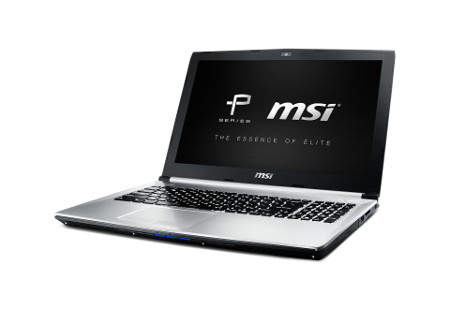 MSI is no stranger when it comes to rolling out quality gaming notebooks, as they have done so from time to time such as the MSI GT72 Dominator Pro, and this time around, MSI has decided to up the ante where its mobile gaming laptops are concerned by equipping the selected models with Intel’s 5th Generation Broadwell processors. Such processors have been specially designed to maximize processing, multi-tasking and gaming performance, as they deliver significant graphics, battery life, and security improvements despite running the most demanding tasks.

In fact, a of 20 gaming laptop models from MSI will be refreshed, where Intel’s fifth generation Core i7 processor will power 18 MSI laptop models, among them include the GT80 Titan SLI, GT72 Dominator, GS70 Stealth, GS60 Ghost, GE72 Apache, GE62 Apache, GP72 Leopard, GP62 Leopard, and the newly announced PX60 Prestige. In fact, you need not have to play the patience card, since they will be available immediately, and all of the gaming notebook models will arrive with an array of superior technologies, ranging from the Killer DoubleShot Pro for lag-free gaming, as well as a SteelSeries Gaming Keyboard that delivers an exceptional customization experience and feel, among others.

Apart from that, MSI has decided to equip its flagship GT72 Dominator with NVIDIA’s G-Sync display and USB 3.1 connectivity. This would be the very first laptop of its kind, as the GT72 Dominator with G-Sync display is capable of synchronizing display refresh rates to the GPU in order to bid adieu to screen tearing and minimize display shutter and input lag, resulting in the production of sharper images, instant visuals, and a super smooth and stunning gameplay – all characteristics that gamers would love to appreciate. The GT72 Dominator will also boast of USB 3.1 connectivity, which so happens to be the fastest and most efficient way to transfer data between devices.

Not only that, MSI has decided to equip all gaming laptops with Nahimic Virtual Surround Sound, which is a technology that delivers virtual 7.1 sound in immersive high definition, and it has been specially designed to work with standard stereo equipment, now how about that? Anyone game for a MSI gaming laptop?