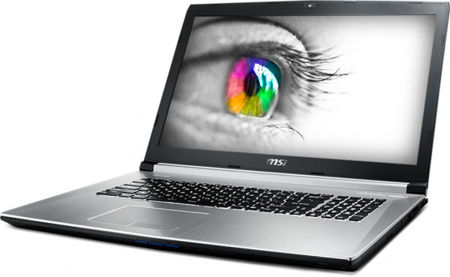 When it comes to high performance computers and laptops, you can be sure that MSI is not lacking in either department, as they have shown off their caliber in the past. This time around, the rather classy sounding Prestige line of laptops has been introduced, where MSI claims that it can offer an elite level of productivity without compromising on style, now how about that for folks who love nothing better than to marry both form and function?

The MSI Prestige range of laptops will also come with True Color Technology that delivers accurate and vivid graphics without any kind of distortion, making your eyes appreciate what you see on the screen all the more. We are talking about a level of color accuracy via a calibration process that adjusts the screen’s color temperature, visible color range and gray level stage. True Color panels will show off the most lifelike and balanced images, as it perfectly matches the sRGB color range, which happens to be the standard for color displays, printers and the internet.

MSI’s Prestige Series laptops will offer up to half a dozen different color profiles in order to maximize performance; with sRGB being the default mode for optimum graphics, while Gamer will increase brightness, Designer boasting of increased clarity for ultra-clear lines, Anti-Blue that reduces harmful blue light, Movie to optimize contrast for even more vivid graphics, and Office that helps minimize eye strain after long term use.

Underneath the hood lies Intel’s powerful Core i7 processor, which will be accompanied by NVIDIA’s GeForce GTX 950M GPU, Killer Gaming Network, Dynaudio sound with Nahimic Audio Enhancer and MSI’s Audio Boost. Not only that, this bad boy is capable of supporting up to a trio of monitors simultaneously at 4K resolution thanks to its Mini DisplayPort and HDMI. You can choose from 15” and 17” models, where the starting price stands at $1,199 and goes north from there.