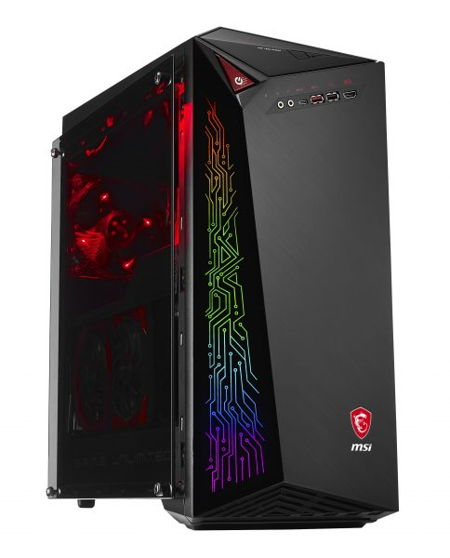 A gaming machine is something that most people would love to have for one simple reason: it offers the ability to deliver cutting edge games right smack in the comfort of your own home. Of course, there are many different configurations to choose from when it comes to a gaming PC, and some folks who feel that it might be too complicated to actually build one from scratch can always make do with a ready-made version. This is where MSI steps in with their Infinite A gaming desktop, which is not only ready to rock and roll right out of the box, it is also easily upgradeable in order to deliver high performance and longevity.

The MSI Infinite A gaming desktop will arrive in a bevy of configurations, with the main essence of the Infinite A being to deliver both power and performance via an endless array of possibilities. With the different kinds of prebuilt configurations in addition to the ability to easily upgrade its components, the Infinite A will target gamers who are on the lookout for a high-performing gaming PC which can last them more than just one generation of hardware. WIth a couple of 3.5” HDD and a trio of 2.5” SSD/HDD bays, not to mention being able to support up to 64GB of RAM, and a vertically mounted graphics card that can be upgraded in a pinch, the MSI Infinite A opens up the doors to being “future-proof”, at least to a certain degree.

Arriving with a choice of the MSI GTX 1070, GTX 1080 or GTX 1080TI GPU, these MSI graphics cards are touted to deliver a 14 percent higher average GPU clock and are deemed to be 35 percent quieter compared to other GTX cards on the market. It is also Intel Optane ready, where this caching technology boosts storage devices when it comes to speeding up loading times and transfer speeds. Throwing in the Twin Frozr VI cooler, gamers’ GPUs will continue to maintain a high level of performance without heating up and making a racket.