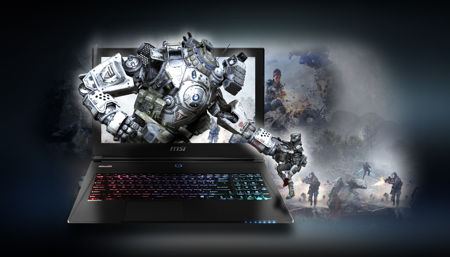 When it comes to gaming notebooks, there are some pretty interesting choices out there. The thing is, you might be wondering just which particular model will suit your fancy (and more importantly, your gaming needs as you are on the move). MSI has just announced the immediate availability of the GS60 Ghost Pro 3K and the GS70 Stealth Pro gaming notebooks, where these two models have been specially designed for the mobile gamer who wants a sexy and sleek design alongside a performance level that is capable of laughing in the face of just about any game settings. After all, the latest gaming notebooks from MSI will boast of NVIDIA GeForce GTX 870M graphics, a 4th Generation Intel Core i7 processor, Killer Gaming Networking and Super RAID Technology.

Thanks to MSI’s Super RAID technology that delivers superior data processing and accessing speed through the support of multiple SSDs as well as increasing data read/write speeds. The MSI GS70 Stealth Pro is a beast as it boasts of the latest Super RAID technology, where it will merge the power of three mSATA SSDs, allowing read speeds to hit more than 1,500MB/s, which is roughly three times faster compared to high performance single SSD notebooks as well as more than 15 times faster than conventional laptops with standard SATA hard drives.

Regardless of which particular model that you decide to fall back on, the GS70 Stealth Pro as well as the GS60 Ghost Pro 3K will feature NVIDIA GeForce GTX 870M graphics that ought to make short work of any demanding titles. The GS60 Ghost Pro 3K also happens to be MSI’s lightest 15” notebook and the first 3K display notebook that will make use of Mg-Li alloy, an ultra-light and sturdy material, while delivering high performance gaming without weighing you down on your travels. Imagine gaming in at resolutions of 2880×1620, now is that eye candy or what?

Considering how these new GS gaming notebooks run alongside high end innards, it will come with an intelligently designed dual-fan cooling system to make sure nothing overheats by accident. This design efficiently lowers system temperature even under the most strenuous gaming sessions, as the dual cooling fans would draw in air from vents at the top of the notebooks, help circulate it through the motherboard and processor, before dissipating it via dual vents at a 45 degree angle that will help avoid the gamer’s hands when making use of a mouse. The asking price? It starts at $1,999.99, and goes north from there, depending on the kind of hardware that you would like to see it come with.