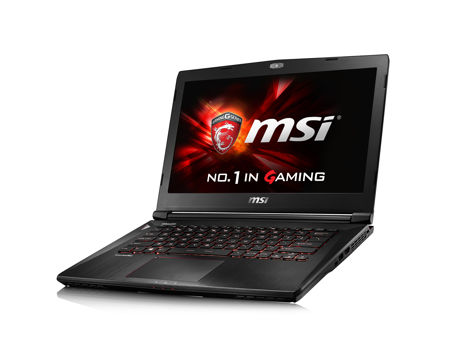 When it comes to portable gaming, we basically have three choices – the first would be to settle for a dedicated portable console, where this particular segment is filled by the Sony PS Vita and the Nintendo 3DS, while the other would be the tablet and smartphone form factors which offer a far more casual gaming experience. Serious gamers who cannot leave their muscle-bound desktops behind but are forced to, will have to settle for a somewhat bulky (relatively speaking) gaming notebook, which is not too conducive when it comes to working with one on a showfloor or at a conference show. MSI has rolled out gaming notebooks as recently as August this year in view of Windows 10, and here they are with what they deem to be the “world’s thinnest and lightest gaming laptop”, the MSI GS40 Phantom.

The all new MSI GS40 Phantom has been specially designed for gamers on the move who simply refuse to compromise on performance. Just how light is it to qualify for such a pompous declaration? Well, it seems that the MSI GS40 Phantom will tip the scales at a mere 3.5lbs, where it measures under 0.86” thin. Despite such a svelte form factor, it will come equipped with Intel’s 6th Generation Core i7 processor that is certainly no slouch, and when paired with the NVIDIA GTX 970M GPU, in addition to a range of high-tech components such as PCI-E Gen3 SSD, DDR4 Memory, and Super Port among others, you know you have got quite a beast underneath the hood here.

This ultra-mobile gaming laptop will be powered by Windows 10 and Full DirectX 12 3D features that should be a shoe in for even the most extreme gaming graphics. Apart from that, it is also a head turner, thanks to an elegant brushed aluminum chassis. Expect MSI’s GS40 Phantom with Intel’s Skylake processor to be available for $1,599.99 each if you are interested to clock up some serious gaming time while you are on the road.