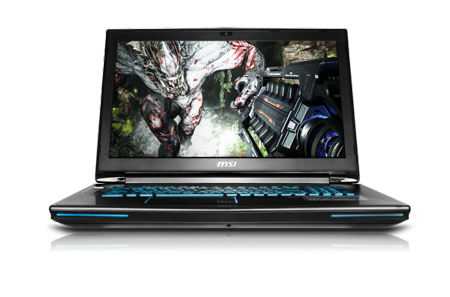 More often than not, serious gamers have a rather high powered desktop that has all the bells and whistles thrown into the mix in order to deliver a truly astounding gaming experience, with high frame rates and all that jazz. Translating that gaming experience over to the mobile front is more challenging, and these gaming notebooks tend to be large and heavy, really not ideal for long haul travel especially if you need to tote it around on a showfloor for the entire day. Still, gaming notebooks do not really have the kind of hardware capability that can match up to a dedicated gaming desktop, but this has not stopped MSI from trying as they have just announced that the GS Stealth/Ghost Series and GT Dominator Series gaming laptops will feature NVIDIA’s latest GTX 900M Series graphics.

With that you know for sure that your gaming notebook will come with an unprecedented level of power alongside an array of cutting-edge features, where among them include MSI’s new SHIFT technology. These new gaming notebooks are touted to deliver up to 28% more graphics performance, ensuring you get to bring your gaming experience with you the next time you are on the road.

The exclusive SHIFT power adjustment technology will be able to let one tweak both CPU and GPU performance easily in order to best suit one’s needs. SHIFT will feature a trio of proprietary modes: Sport to maximize CPU and GPU usage for extreme performance, Comfort for a smooth and balanced ride, and Green, which enables the lowest power consumption of both CPU and GPU while maintaining the coolest constant temperatures for both.

There will also be an extreme level of customization found in all NVIDIA GeForce GTX 900M Series graphics equipped laptops thanks to the Dragon Gaming Center and SteelSeries Engine from MSI. This way, gamers are able to SHIFT CPU and GPU usage via the Dragon Gaming Center as well as monitor system performance, temperature, network speed, power consumption, and fan speed, among others. The presence of the SteelSeries Engine provides gamers with the ability to personalize playing style with over a billion customization options.

Well, avid gamer, what are you waiting for? The MSI GT72 Dominator, GT70 Dominator and GT60 Dominator gaming laptops that come equipped with NVIDIA’s GTX 900M graphics will have a starting price of $1,599.99 each.