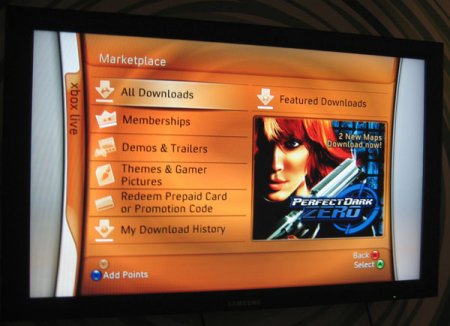 Disney-ABC has teamed up with Microsoft to allow Xbox 360 owners to rent movies online, courtesy of the Xbox Live service. Since the Xbox 360 already comes with integrated networking capabilities, it makes sense to give them access to online game demo downloads, simple arcade games, videos, and movies. Movies from Disney studios aren’t the only fare up on offer, as the spread includes titles from Miramax and Touchstone Pictures.

The “rental” metaphor is used for the Xbox 360, where users are allowed to watch movies they’re rented for two weeks after downloading them, or within 24 hours from starting to view them. Sounds neat, but what happens when I’m watching a movie halfway and there’s an emergency to attend to? At least with physical media I’ll be able to carry that movie along with me on the road, but you seriously don’t expect me to lug my Xbox 360 around wherever I go, do you? It is interesting to note that new Disney offerings will be available in High Definition format at 720p, encoded using VC-1 with 5.1 surround sound soundtracks, making it a wise decision to invest in a good sound system. Microsoft Points are the currency of choice, which adds to the headache as you try to work out the conversion. Since 1,600 Microsoft Points equals to about $20, a HD movie will cost $6, a standard definition rental stands at $4 while a classic HD film and classic standard definition film will set you back by $4.50 and $3 respectively.

The idea of online movie rentals isn’t new as it has already been done (albeit through the delivery of content via tangible media), and this could be a step towards the future where all your shows and pay-per-views are downloaded right into the comfort of your living room. In order to have consistency and quality in the service, the basic communications infrastructure needs to be ready to meet the demands of large media such as video files, and with the advent of High Definition content, this is cause for real concern. I only hope that countries throughout the world would be able to supply basic communications infrastructure that is consistent, reliable, and speedy – else, I’ll still stick with traditional DVDs for ease of use and convenience. Waiting to download a movie is no mean task as any Torrent hunter can tell you.