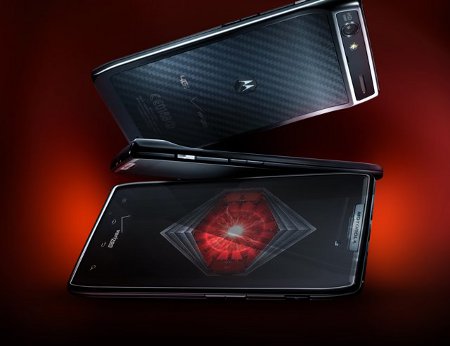 When Motorola first rolled out the RAZR phone all those years ago, I was part of the crowd that certainly lost sleep over the phone. It was so slim at that time, and despite coming in a clamshell form factor with Motorola’s much maligned user interface, it looked good from the outside. So good that it proved to be the Achilles Heel of Motorola, as whatever they churned out after the RAZR failed to capture the imagination of the market – victims of their own success, really.
Nice to know that Google’s Android operating system managed to pull Motorola back from the brink with the original Motorola Droid, and here we are many generations later with the Motorola Droid RAZR, perhaps the amalgamation of both names might prove to be quite the killer. No matter what people say though, you cannot deny that this is also a thing of beauty, basically putting “impossible” into your pocket.

While mom tells us not to judge a book by its cover, you certainly cannot deny the fact that the Motorola Droid RAZR certainly has the bite to back up the bark, so to speak. Sporting 1GB RAM inside alongside Android 2.3.5 Gingerbread right out of the box so that you need not waste your time waiting for software updates, you will also be able to stream and download content from your computer to the device itself immediately thanks to the Motorola MotoCast app. At the front lies a 720p-capable video camera, while there is also an 8-megapixel camera at the back that does Full HD resolution shooting.
Someone should do a drop test on this puppy, as it sports Corning Gorilla Glass that helps protect against surface scratches, in addition to boasting a water repellent coating – and that is not only on the outside, but even on the electrical boards within as well. Something tells me that this is going to be a huge success just like its predecessors, assuming it is priced right. One thing is for sure – you cannot argue with the design, Motorola engineers have outdone themselves this time around. Good job, boys!
Press Release