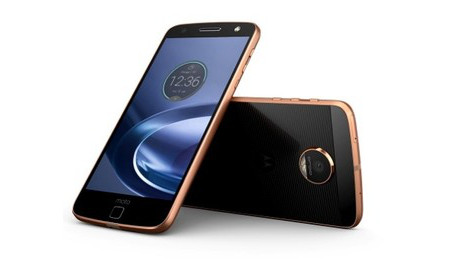 While many people do know that the iPhone from Apple has more or less made its way into mainstream consciousness for many, this does not mean that there is no room left for other smartphone manufacturers to parade their kind of products to the masses, offering choice and performance without having to break the bank. Motorola is going on a kind of mini renaissance, having revealed their sleek, all-metal design of the Moto Z Force which will boast of the second generation of Moto ShatterShield technology, which more or less guarantees that the display will not crack or shatter in case of a drop.

is no slouch when it comes to performance, sporting a 5.5” Quad HD AMOLED display that will definitely be a delight to your eyes. In fact, it is also very powerful, as it comes with a Qualcomm Snapdragon 820 processor that gets you going right from the start, 4GB of RAM, a choice of either 32GB or 64GB of internal memory, and just in case that is not enough for the power user (and most probably will not be), then a microSD memory card slot ups the ante as additional space of up to 2TB can be thrown into the mix for your plethora of images, videos and apps.

There is also a high-resolution 21MP camera with optical image stabilization and laser autofocus that will enable you to snap beautiful, true-to-life pictures in any light, while in front lies a 5MP camera that includes a wide-angle lens, making it ideal for fitting friends in the picture. Other features include a fingerprint reader for a greater degree of security, in addition to a water-repellent coating. It boasts of up to 40 hours of battery life, not to mention TurboPower charging that delivers up to 15 hours of battery life in just 15-minutes of charging, now how about that?
Press Release