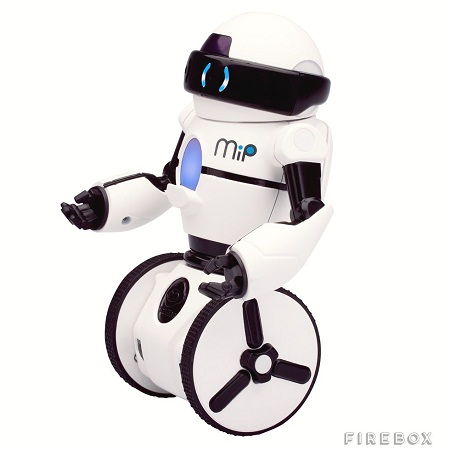 We’re in an age of technology, but still don’t have robot servants roaming around. There are some pretty interesting ones that crop up here and there, but they’re oftentimes inaccessible to the general public. If you’ve always wanted your own little robot friend, maybe it’s time to start seeing what’s on the market.

While you could get a Furby, there’s a good chance you know of their evil, and are smart enough to stay away from them (those things turn themselves on in the middle of the night to tell you they hate you, even when you’ve taken out the batteries). If you want a slightly less creepy robot buddy, then MIP (Mobile Inverted Pendulum) might be able to help. It’s the World’s First Balancing Robot, and it can carry its own body weight around, which is the equivalent of a can of soda. You can control it through the app by tracing on the screen the path you want MIP to follow, or by hand gestures.

There are 7 game modes to choose from, including motion, tracking, dance, roam, tricks, cage, and game. It does come with a tray on which you can put just about anything, so long as it doesn’t weight more than a can of soda. This will work on either Android 4+ and Apple iOS7+, and needs 4AAA batteries to function. For those of you that want a chipper looking robot friend, you’ll be looking at putting out around $168 or more on this little robotic butler.

Available for purchase on Firebox