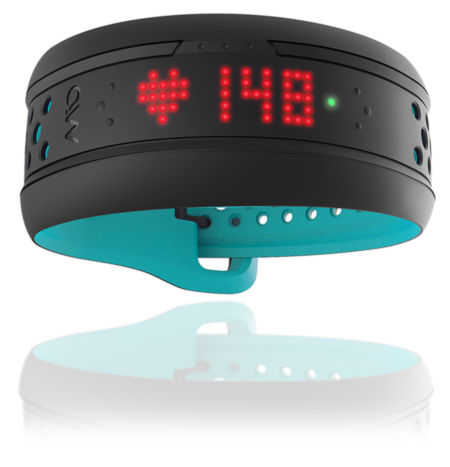 If you have not heard of Mio Global before, perhaps now is the time for you to sit up and pay attention to what they offer. Mio Global happens to be the manufacturers of the world’s first heart rate monitors that are capable of offering continuous, performance-accurate data without the need for a chest strap, and this time around, they have announced the availability for one to place a pre-order for the Mio FUSE. The Mio FUSE happens to be one unique activity tracker unlike others that we have seen before, since it will boast the functions of a heart rate monitor, sports watch, and all-day activity tracker, rolled into one.

Sporting a 0.99 correlation to EKG (electrocardiogram), the Mio FUSE would make its mark in the market as the most accurate wristband to provide heart rate, step count, distance, speed, pace, and calorie burn. Similar to the rest of the Mio products that are in the market, the FUSE will play nice with other devices such as smartphones, bike computers, GPS watches, and different sport devices.

The Mio FUSE works by transmitting heart rate data through Bluetooth Smart 4.0 and ANT+. It is different from the other sports devices in the market that remain tied to a closed manufacturer’s infrastructure, as the Mio FUSE will be able to play nice with third-party apps, providing users with total and full control over how they can track, store, and review workout data.

Working in tandem with the Mio GO app, the Mio FUSE will allow users to set their heart rate zones, select preferred device settings, customize display screens, and automatically sync data. Not only that, users too can monitor their progress towards a daily step, distance, or calorie burn goal simply by checking their stats displayed on the device itself, or through the use of Mio GO. Expect the Mio FUSE to arrive in time for the holiday season, where it will boast of two sizes; and Crimson and Aqua colors to pick from.