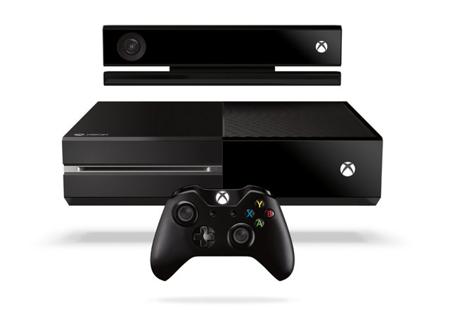 It looks like the next generation video game console war is about to heat up, with the Microsoft Xbox One announced at E3 2013, bringing along with it a whole lot more information compared to what we heard not too long ago when Microsoft presented a glimpse of the next generation console. Here is the quick skinny of things – the Xbox One will be arriving in the US later this November, where it will be accompanied by a $499 price tag which could very well make it a decent holiday season purchase. This also means you have roughly five more months or so to save up for an Xbox One if you desperately want to give its launch titles a go, too.

There is a number of titles that will be released at launch for the Xbox One, and Microsoft kicked off this year’s E3 event with the viewing of the highly anticipated Metal Gear Solid V: The Phantom Pain trailer, featuring a younger Snake in all sorts of interesting scenarios, including riding on a horse. Revolver Ocelot does not have his eye patch just yet, meaning he is a whole lot younger. Other titles at launch which one can expect would be the surefire sales winner, Halo, as well as Battlefield 4. If you want to play the role of a Roman general leading a garrison into battle against the barbarians, then you will be pleased to know that Ryse: Son of Rome would offer such an opportunity. Perhaps the decline of the Roman Empire was due to the fact that they could not spell “rise”. I jest!

Apart from the Xbox One, folks who prefer to take the tried and tested route would be able to enjoy an updated Xbox 360 model, where the new design has already started to ship today to retailers across the US, UK, Canada, Ireland and Australia, with other Xbox regions receiving the revamped model in the coming months, further extending the life cycle and legacy of the Xbox 360 for a while more. The new Xbox 360 does seem to be a looker regardless of the angle you view it from, and it will not see a pricing tier change as the 4GB, 250GB and 4GB Kinect Bundle will still go for $199.99, $299.99, and $299.99, respectively.