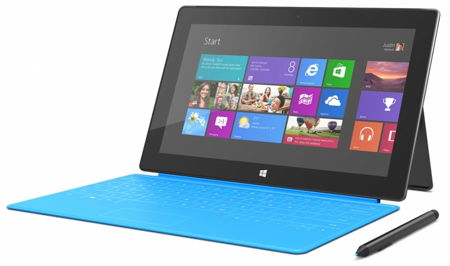 Tablets are pretty useful mobile devices to tote around – they get the basics of computing done on the move, without requiring the kind of technicality involved with a desktop or a laptop, and yet is extremely light and portable enough for you to tote around without breaking your back. It would be great if the tablet’s computing performance continues to grow so that it will be on par, or at least get as close as possible, with that of a normal, mid-range notebook, although do expect the limitations in its user interface (assuming there is no keyboard attachment or mouse accessory) to continue to bug it. Microsoft ensures the evolution of the working table progresses in the right direction with the Surface Pro 4.

According to Microsoft, the Microsoft Surface Pro 4 is going to be the thinnest, lightest and most powerful tablet which will be able to replace your notebook. Just how thin is it? We are talking about it being a mere 8.4mm in thickness, and despite that kind of super slim chassis, it will boast of a stunning 12.3″ PixelSense Display as well as a range of 6th generation Intel Core m, Core i5, and Core i7 processors, so that just about everyone from students to professionals are able to get more work and productivity done while they are on the move.

The starting price of the Surface Pro 4 would be $899, which makes it comparable in terms of pricing to that of an average notebook, but bear in mind that it is 30% more powerful compared to its predecessor, the Surface Pro 3, and will also be quieter when you are working with it since it runs cooler, and is all the more efficient thanks to a battery life which is able to last for up to 9 hours – now how about that for an all day workhorse? There is also the new Surface Pro 4 Type Cover that ensure the Surface Pro 4 will end up as a laptop from a tablet in an instant, while boasting of a redesigned mechanical keyboard with optimal key spacing for fast and fluid typing. It is also backwards compatible with Surface Pro 3, while the optional fingerprint reader adds a greater level of convenience and enterprise-grade security. Any takers?