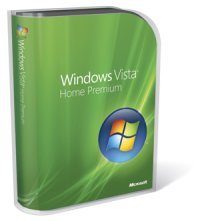 China does not exactly have a sterling reputation when it comes to the number of shops that sell legitimate software, and piracy runs rampant there (along with plenty of other countries in Asia, especially South East Asia where piracy is more of the norm than exception). After all, when you can fork out around $1.50 for a copy of Windows XP or Windows Vista, why not? That’s surely the cheaper alternative than handing over $99 to enrich Bill Gates’ coffers further. Microsoft has certainly seen such cheap prices as a threat and will do the necessary in order to have more people jump onto the genuine software bandwagon. In order to achieve this, the first step Microsoft has taken is to reduce the retail price of Windows Vista Home Basic to a mere 499 renminbi (that’s approximately $65.80) from 1,521 renminbi – which means you can pick up a copy for roughly one third of the original price.

Windows Vista Home Basic isn’t the only operating system edition to get a price cut, as the Home Premium version of Vista will also see a hefty slash in it’s sticker price, shedding 50% off the original retail price of 1,802 renminbi to a mere 899 renminbi. These new prices were introduced last Wednesday, and is touted to be one of the lowest in the world. Even those residing in the US have to pay significantly more – Vista Home Basic is currently going for US$199 while Home Premium is priced at US$239.

According to Microsoft, approximately 60 million Vista licenses were sold by the end of June despite many within the industry remaining unimpressed by the new operating system. Hopefully this initiative will be carried out in other developing countries for a win-win situation. After all, they should implement a dollar-for-dollar system across the world, especially in poorer countries in order to develop a more progressive, forward thinking society in due time.