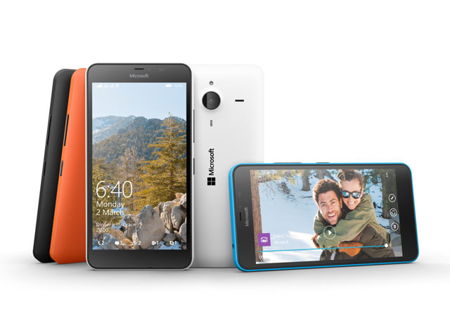 When it comes to the world of Windows Phone smartphones, you can be sure that Microsoft (previously Nokia before Microsoft took a controlling stake in the smartphone manufacturing department) is right at the forefront. After all, how could they not, taking into consideration that Microsoft’s Windows Phone platform is the one on which the Lumia range runs on? Having said that, the latest action that swings by us in Barcelona, Spain under the guise of Mobile World Congress 2015 happens to be the Microsoft Lumia 640 and Lumia 640 XL. At first glance, both of these handsets happen to look and feel the same, but there are several nuances between each other that will stand out in stark difference, especially when you look harder and closer.

First of all, the similarities – yes, both of these handsets will run on the Windows Phone 8.1 platform with the Lumia Denim update, and when the time comes – and it will, make no mistake about it, you will also be able to upgrade the respective handsets to the Windows 10 operating system, where it offers a whole lot more personal computing and greater productivity. Other shared specifications include 1GB of RAM and a quad-core 1.2GHz Qualcomm Snapdragon processor that runs proceedings from under the hood to make sure that everything is fine and dandy.

As for the differences, the Lumia 640 XL will come with a 5.7” display at High Definition resolution, and since there is a wee bit more space in the chassis, it too, will have a beefier 3,000mAh battery, as opposed to the 5” HD display and 2,500mAh battery on the smaller Lumia 640. The Lumia 640’s camera performance is also inferior, as it bears an 8MP shooter, while the Lumia 640 XL has a 13MP ZEISS optics. Regardless, both of these models will come with LED flash and a front-facing camera for Skype video calling. Any takers?