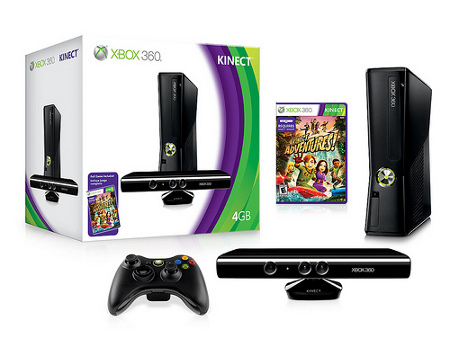 Microsoft has just announced a brand new way to spend your summer, and they don’t want you to do it outdoors. No sir, the big M prefers you to use up most of your waking time indoors thanks to a new controller-free way of playing video games with their spanking new Kinect system which will come bundled with an all-new Xbox 360 6GB console. Of course, what is the point of having all the hardware in the world when you do not have any software to go along with it? Microsoft has certainly not overlooked that fact, and will be rolling out “Kinect Adventures” packaged together in the bundle, retailing for $299.99 a pop.

Just in case you were wondering how you’re going to sweat it out with “Kinect Adventures,” you will have to open up yourself to 20 different adventures, where among them include navigating through roaring rapids and ducking and dodging through mountaintop obstacle courses and other exotic locations. All of those are done without having to worry about mashing buttons on a controller since there is none – in fact, all you need to do is make sure the Kinect device is properly calibrated and you’re good to go. Not only that, for those who want to get in on the fun but already own an Xbox 360 console can always pick up the Kinect sensor with “Kinect Adventures” separately for $149.99. The Kinect sensor itself, just in case you do not know, is capable of tracking your full body movements, respond to your voice and deliver a multiplayer experience right out of the box.

There will be a new Xbox 360 4GB console that will ship from August 3 onwards later this year in the US for $199.99 a pop, boasting a sleek new design, built-in Wi-Fi N connectivity, up to 4GB of internal flash memory (as you can tell by its model name), touch-sensitive buttons and a black matte finish – hopefully without any of its predecessor’s overheating issues.