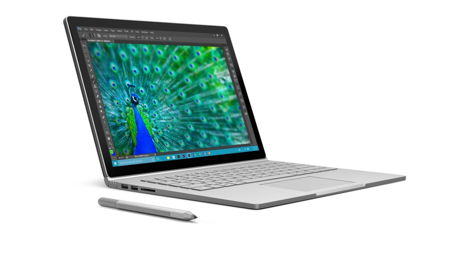 Quite a number of years ago, when Microsoft was pushing Windows XP to us, not many of us would have thought that Microsoft would actually make a splash into the hardware market, as their bread and butter happens to be software, so it is always good to concentrate on one’s strengths than anything else. Still, there were the Microsoft mouse as well as as the ergonomic keyboard – anyone remembers those? Fast forward to today, and we have our fair share of Microsoft hardware, ranging from smartphones to tablets and even notebooks, now how about that for progress? Microsoft’s Surface Book as well as Surface Pro 4 have received their fair share of bouquets when released, and it seems that these devices are now equipped with even better hardware specifications than ever before – Microsoft has apparently bumped up their internal storage space to hit the 1TB mark, which is double of what it originally came with. Pretty cool, yes?

These newly updated units are now on sale in the United States and Canada, where apart from carrying 1TB of internal storage, they will also be powered by 6th Generation Intel Core i7 processors and 16GB of RAM, delivering the ultimate in performance and versatility for the road warrior.

Apart from that, Microsoft has also taken the opportunity to roll out the new gold Surface Pen in Canada, Denmark, Finland, Italy, Norway, Poland, Portugal, Spain, Sweden, and the United States, where it makes a bold statement as a colorful complement to your Surface. This powerful tool for both creativity and productivity will deliver 1024 levels of pressure sensitivity for the ultimate writing and drawing experience, be it in action with your Surface Book or Surface Pro 4.