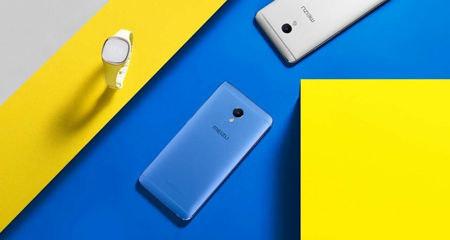 Earlier in the middle this year, we did bring you word on the Meizu M3s which is touted to be an example to the smartphone market on how a beautifully functional yet affordable all-metal smartphone should be like. Fast forward to the third quarter of the year, and the Chinese manufacturer has just lifted up the curtains of the Meizu M3E which is touted to feature powerful cameras as well as fast charging capability.

The Meizu M3E will be yet another member of the fast growing range of M series handsets. Targeting young professionals, the Meizu M3E will have emphasis on three key areas in an effort to keep the new generation’s habits satiated, by offering powerful cameras in a selfie obsessed society, fast charging for those who are always on the move, all packed into a design that is aesthetically pleasing while boasting of superior craftsmanship.

The smooth and delicate aluminum alloy body will feature a nano-injected antenna, thanks to exquisite CNC processing technology that makes it a joy to hold in your hands. You will also find a 2.5D glass design with 0.8mm glass that makes the Meizu M3E a beauty, while its 3,100mAh battery will feature an industry-leading 18W charging power and Meizu’s mCharge technology, allowing it to juice up to maximum capacity in slightly more than an hour. Such technology will also be able to automatically regulate the charging state according to body temperature, battery voltage, usage scenario and other data, which means we should hear less and less about exploding phones and the like.

As for its cameras, the rear camera would be a 13MP shooter with the Sony IMX258 sensor in tow, accompanied by PDAF phase focusing and 0.2s ultra-speed focusing. The front-facing camera will make use of a 5MP sensor, FotoNation 2.0 smart beauty technology and Face Auto-Exposure Enhancement algorithm, resulting in the ability to enjoy real-time beautifying capability.

Other hardware specifications of the Meizu M3E include an 8-core 64-bit MediaTek Helio P10 processor, the GPU Mali-T860 MP2, 3GB of RAM, 32GB of internal memory, a fingerprint recognition algorithm that unlocks the device in just 0.2 seconds, arriving in gray, silver, gold, rose gold, and blue shades with an asking price of $195 a pop.