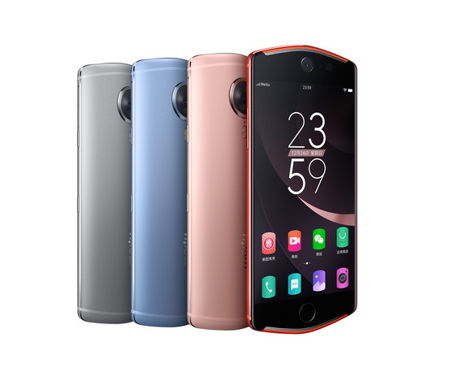 While many of us look at the imaging quality of any smartphone to be an essential feature, the promise of bokeh like effects with a dual camera setup in any smartphone is almost too tempting an offer to resist, save for the relatively high price tag that comes with such territory, of course. Meitu, which hails from China and definitely should not be mistaken with the other Chinese brand, Meizu, has achieved a world’s first — the Meitu T8, touted to be the smartest selfie phone in the world.

The Meitu T8 claims to be able to offer DSLR-like camera features including image stabilization and low-light shooting, although we do wonder just how far that claim is able to travel. For sure it is the first smartphone that delivers Dual Pixel PDAF to the front-facing camera, and not only that, Meitu claims that its all new Magical AI Beautification capability is able to automatically retouch faces depending on the subject’s gender and age.

I myself have my concerns about such claims, since facial recognition AI has not quite made the cut thus far in terms of recognizing one’s gender. The Xiaomi handset that I use at the moment sometimes peg me as a female in my early 20s, but at times, it classifies me as a male in my 40s. Sure, there will be specific areas where the Magical AI Beautification will work in favor of the subject, but in a group?

The Meitu T8 will run on the latest newest MEIOS3.5 system, accompanied by 4GB of RAM as well as 128GB of internal storage that is huge enough for most ordinary folks. An unnamed ten-core processor will run proceedings from within, and it plays nice with every major mobile service provider in China. Expect the Meitu T8 to arrive in a quartet of fashion-forward colors: Magical Orange, Jazz Gold, Dazzling Blue, and Diamond Grey, alongside a recommended retail price of $479 thereabouts after conversion.