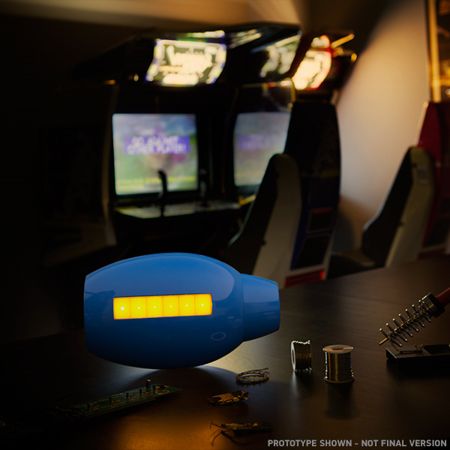 I am quite sure that many of us who grew up playing 8-bit and 16-bit video games would be familiar with the name Mega Man. This cute little Japanese robot sports a blaster on his arm that makes short work of its enemies when he is fully powered up, and you would need nimble reflexes in order to overcome far larger and more powerful robots. Don’t you wish that there are times in life when you could make do with a blaster as your hand, especially during moments when your boss is nagging you over the fault of your colleague? Or when your spouse continues to nag you about something that has been bothering him/her for the longest time? Give your imagination a break with the $79.99 Mega Man Mega Buster Gun Replica.

The Mega Man Mega Buster Gun Replica is a full-sized replica of Mega Man’s Mega Buster, complete with lights and sounds to boot! This is an officially licensed Capcom product, and happens to be a ThinkGeek creation and exclusive to boot. Turn it on, and your ears will be treated to a power up sound while you see the power meter fill up. Once done, you can place your hand within, grab the handle, and you’re good to go. Pull the trigger and be treated to a single fire sound with the end flashing. If you hold in the trigger, however, the power meter will fill up with the sound intensifying until you release the trigger, where that would translate to a charged shot.